I am ready for a long road flight for working with a week- or months-long projects.

Alight is the world-class show creator.

Since the very beginning, we have created the largest techno park in Eastern Europe.

Grown a team of professional technicians and project managers. Did shows with superstars, which impressed every spectator on the locations from concert halls to stadiums. Amazed TV viewers by our projects on Ukraine and Europe rated channels. 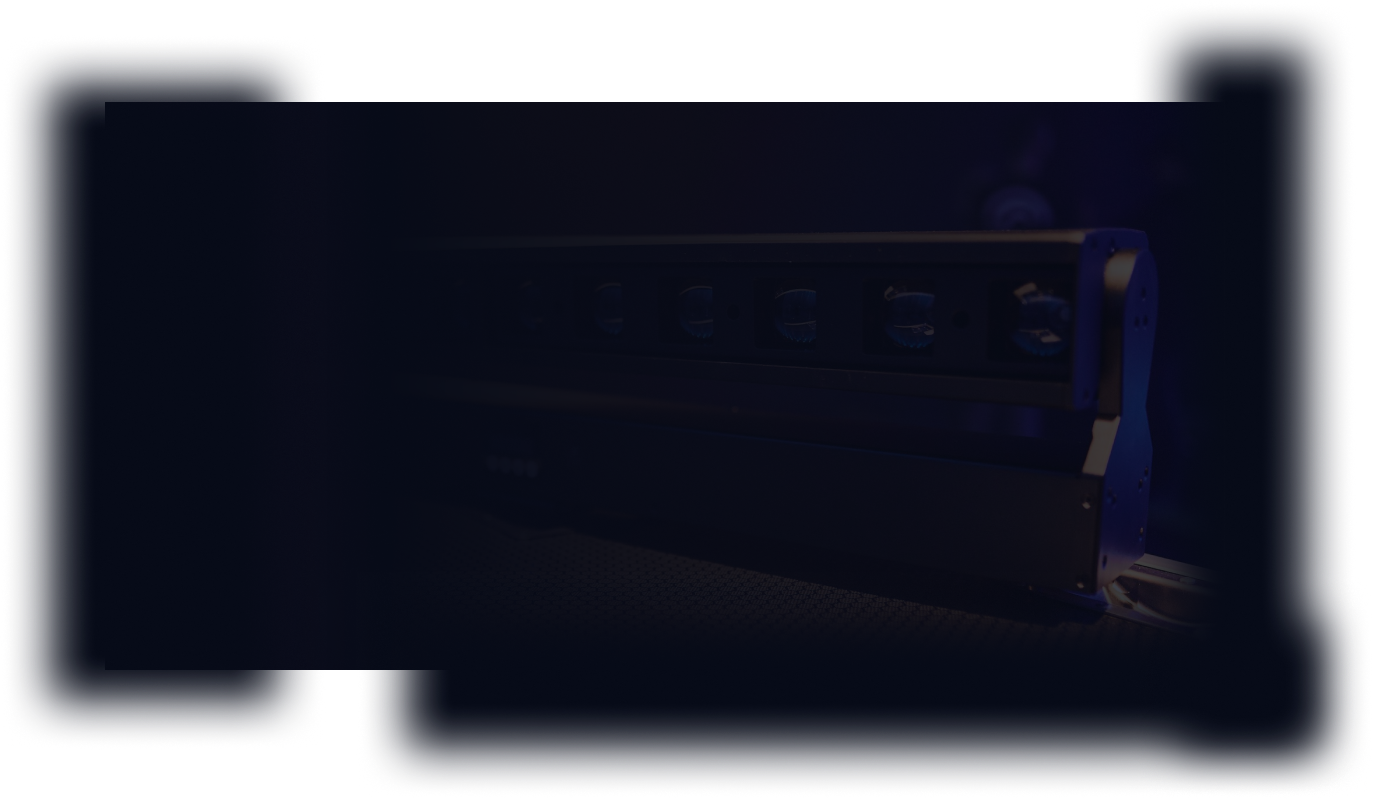 There is a phrase — to be in the spotlight.

Our goal is to discover the creative potential of everyone and create shows that may become references. The light gives to the performer the possibility to be right there: in the spotlight of thousands of people during the show.

The union of light and artist gives to the second the opportunity to become a grand impressive world at the moment, and the audience — to observe the transformation of the star into the whole universe. 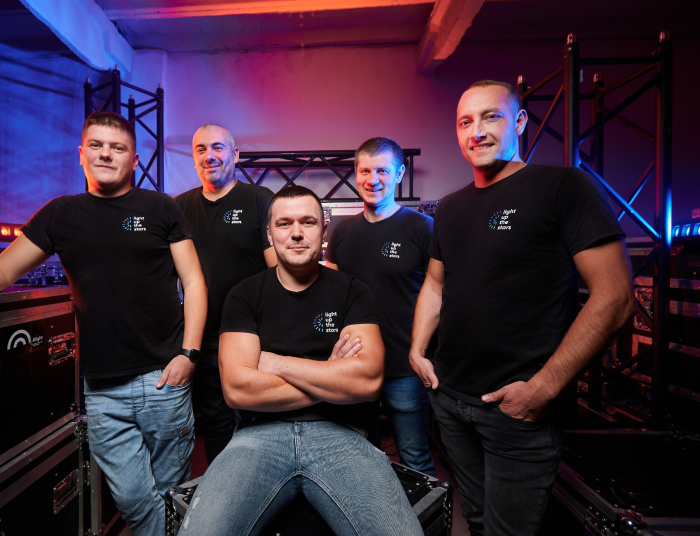 The people of light 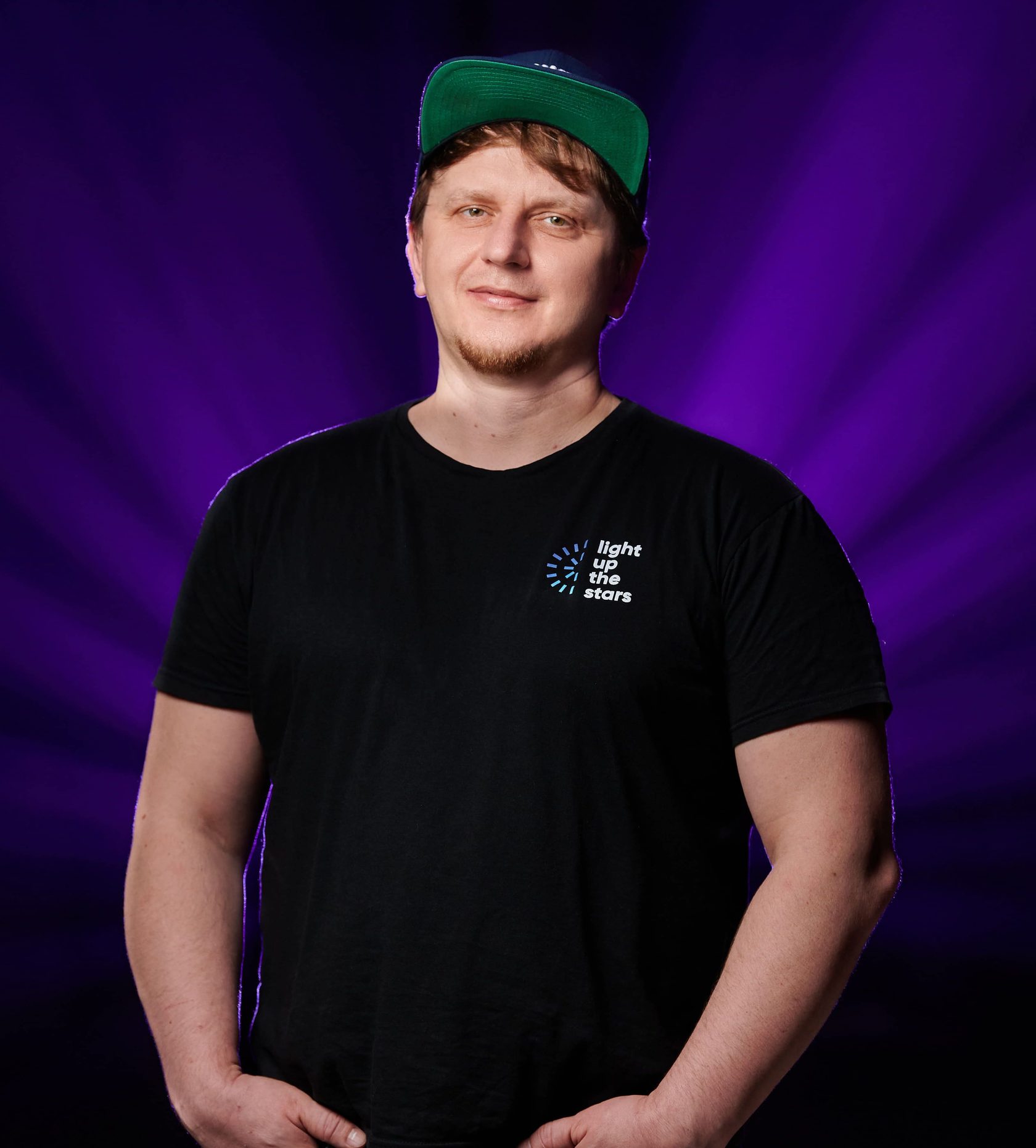 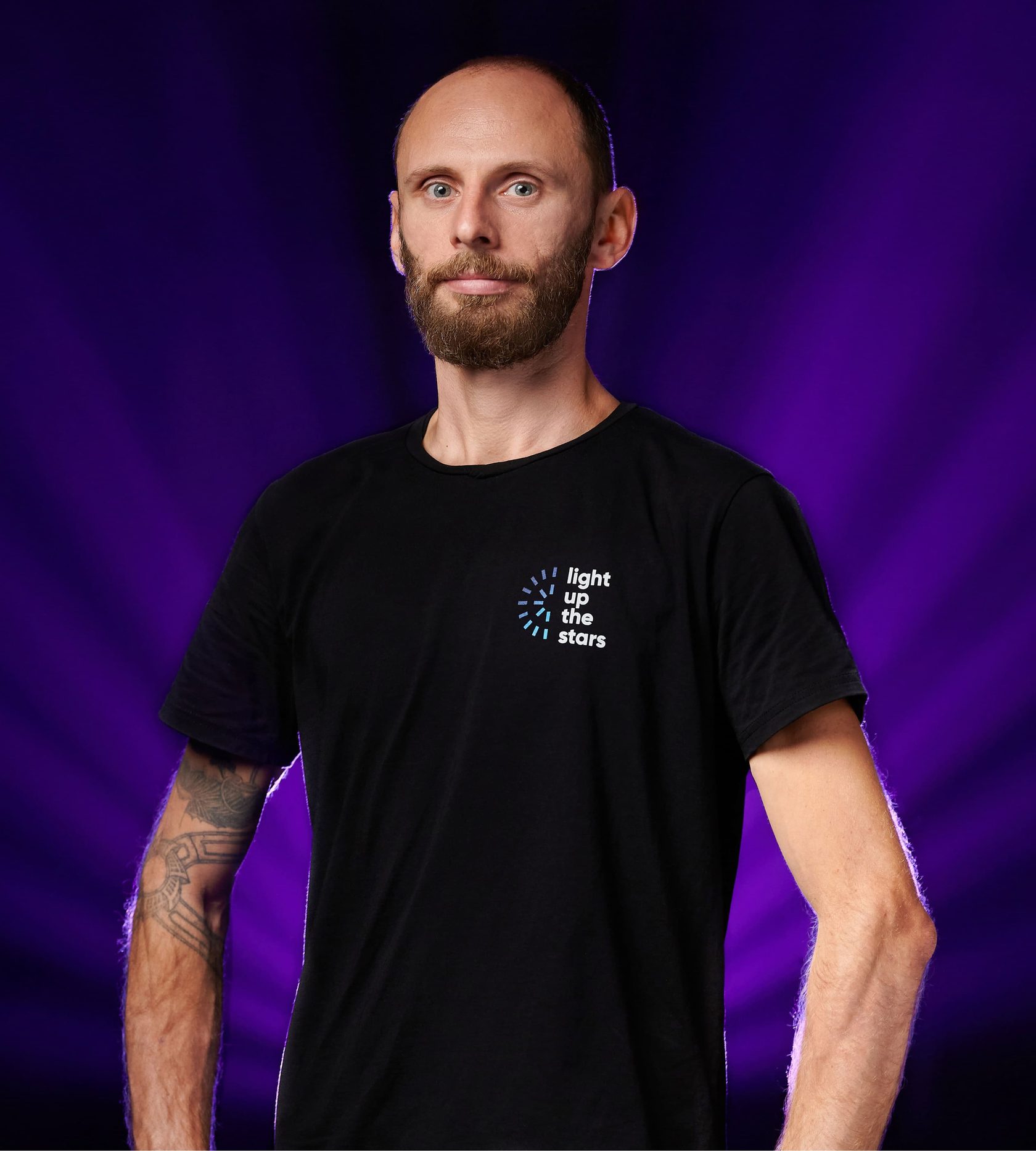 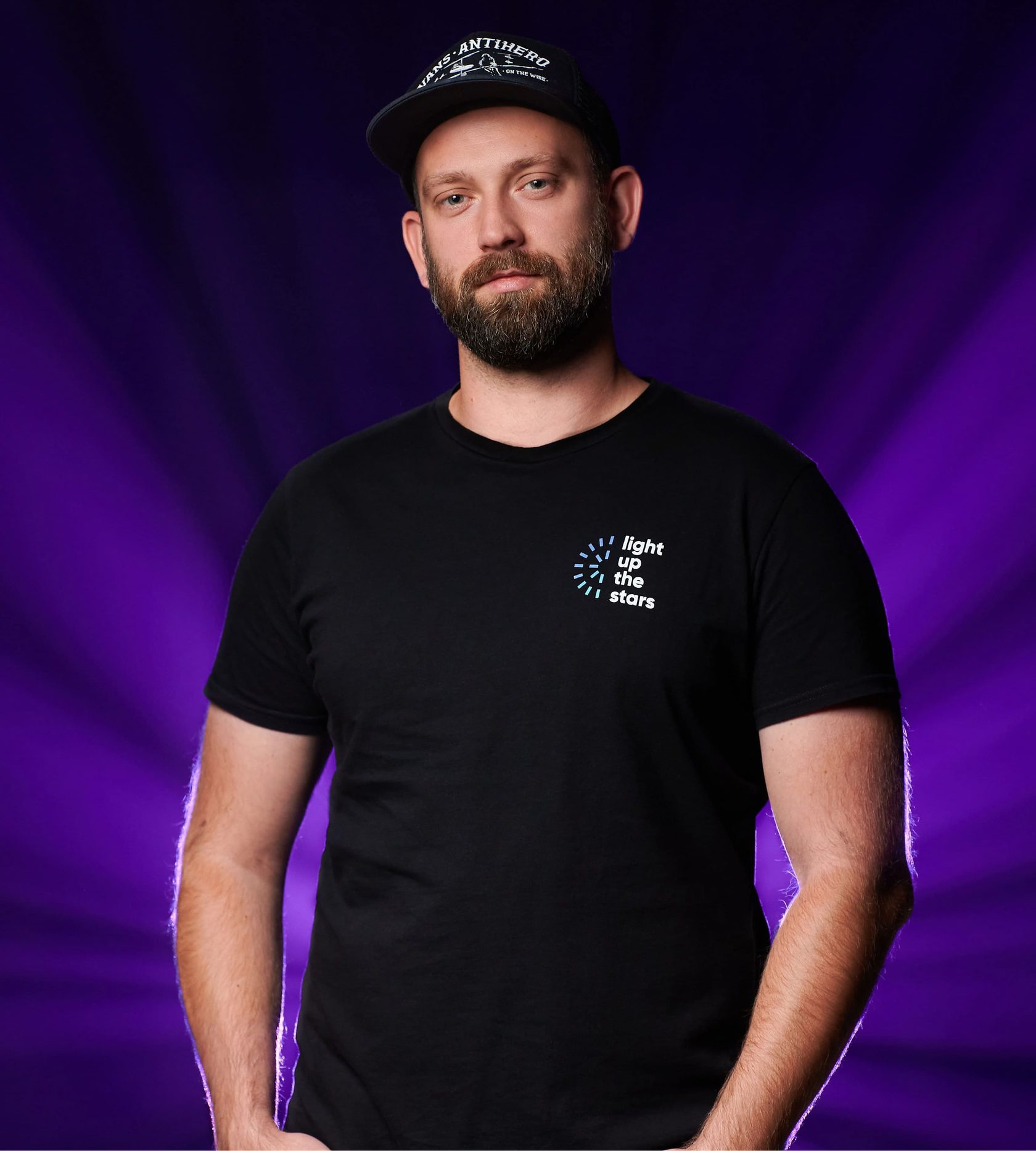 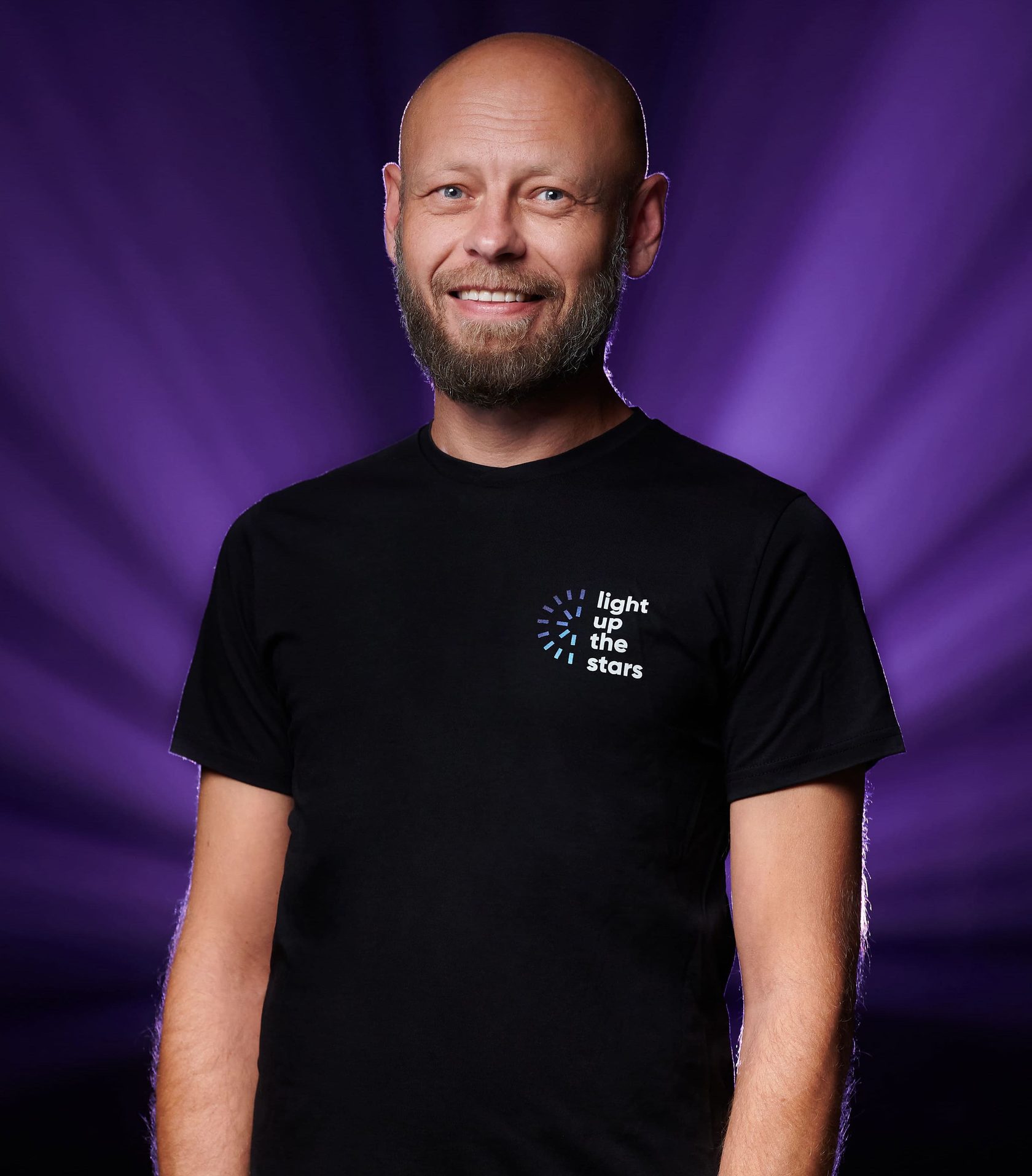 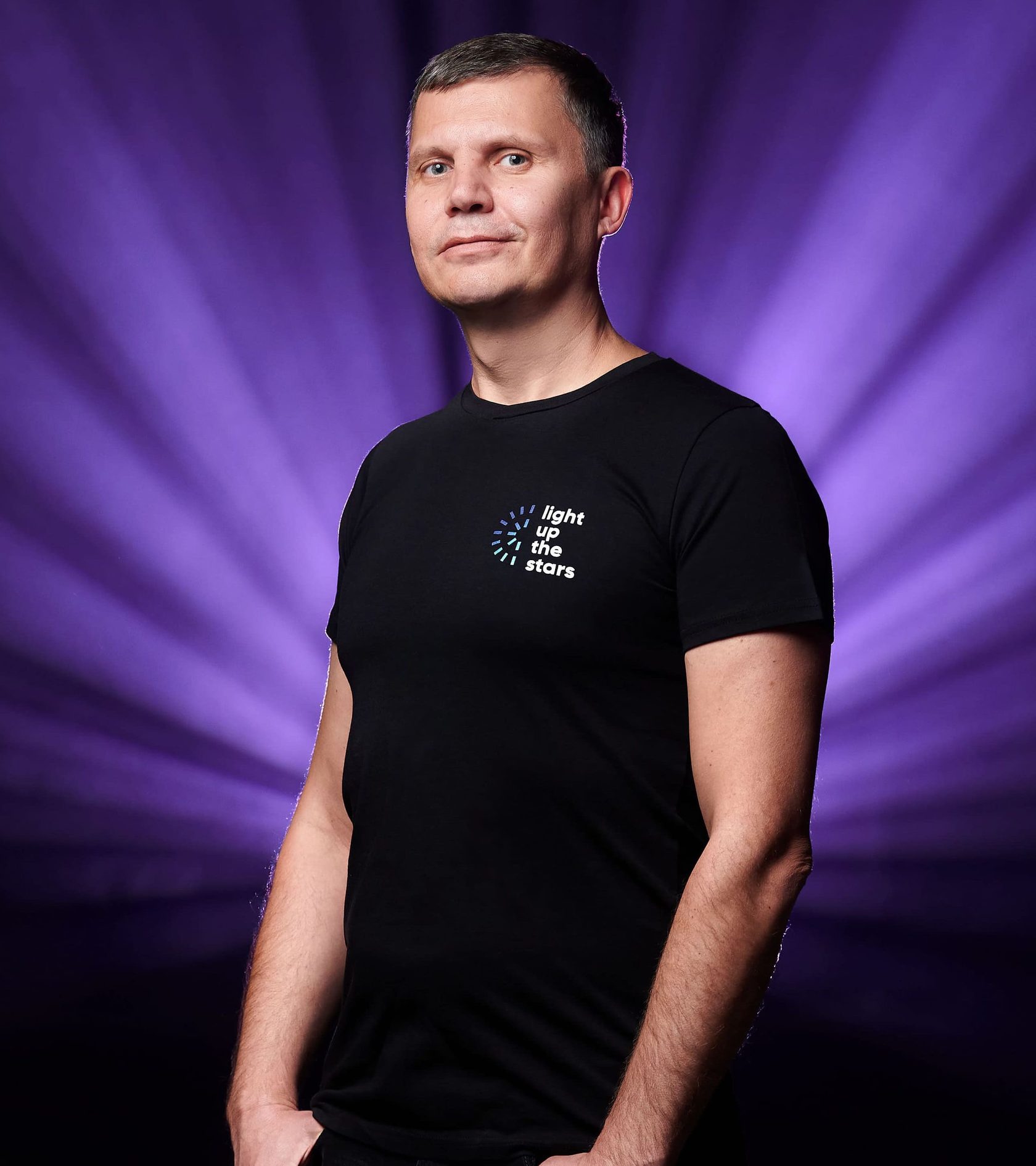 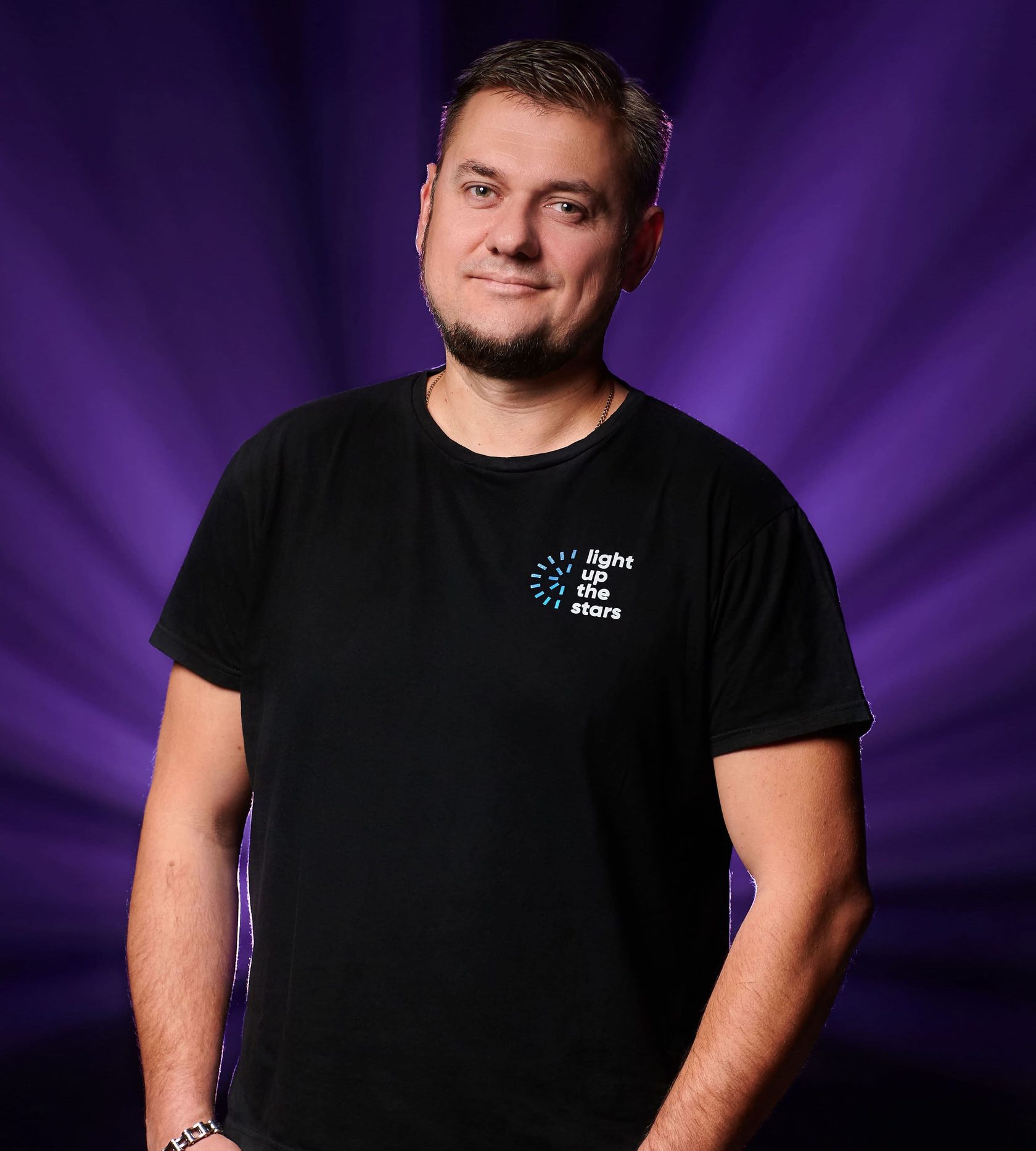 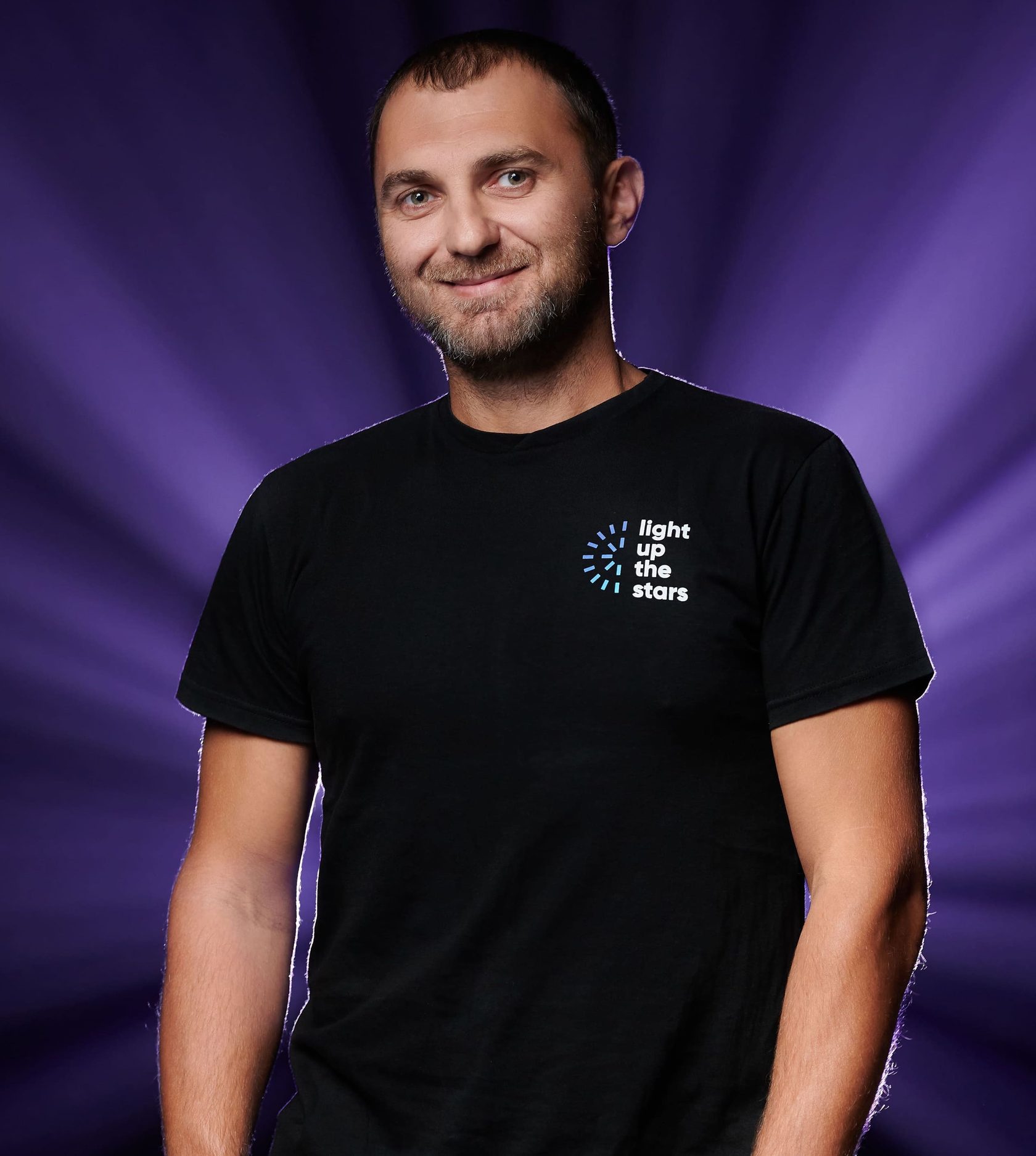 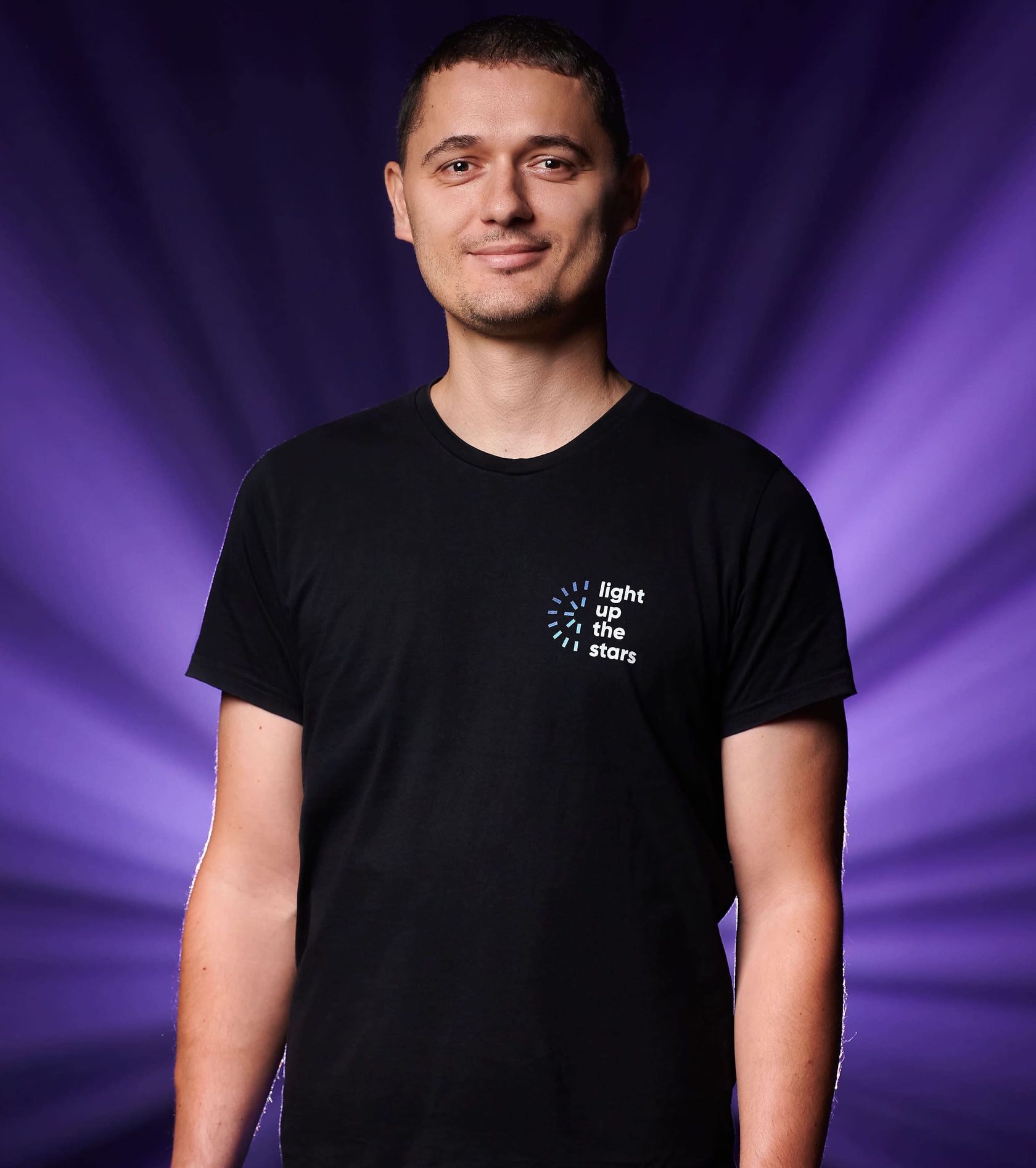 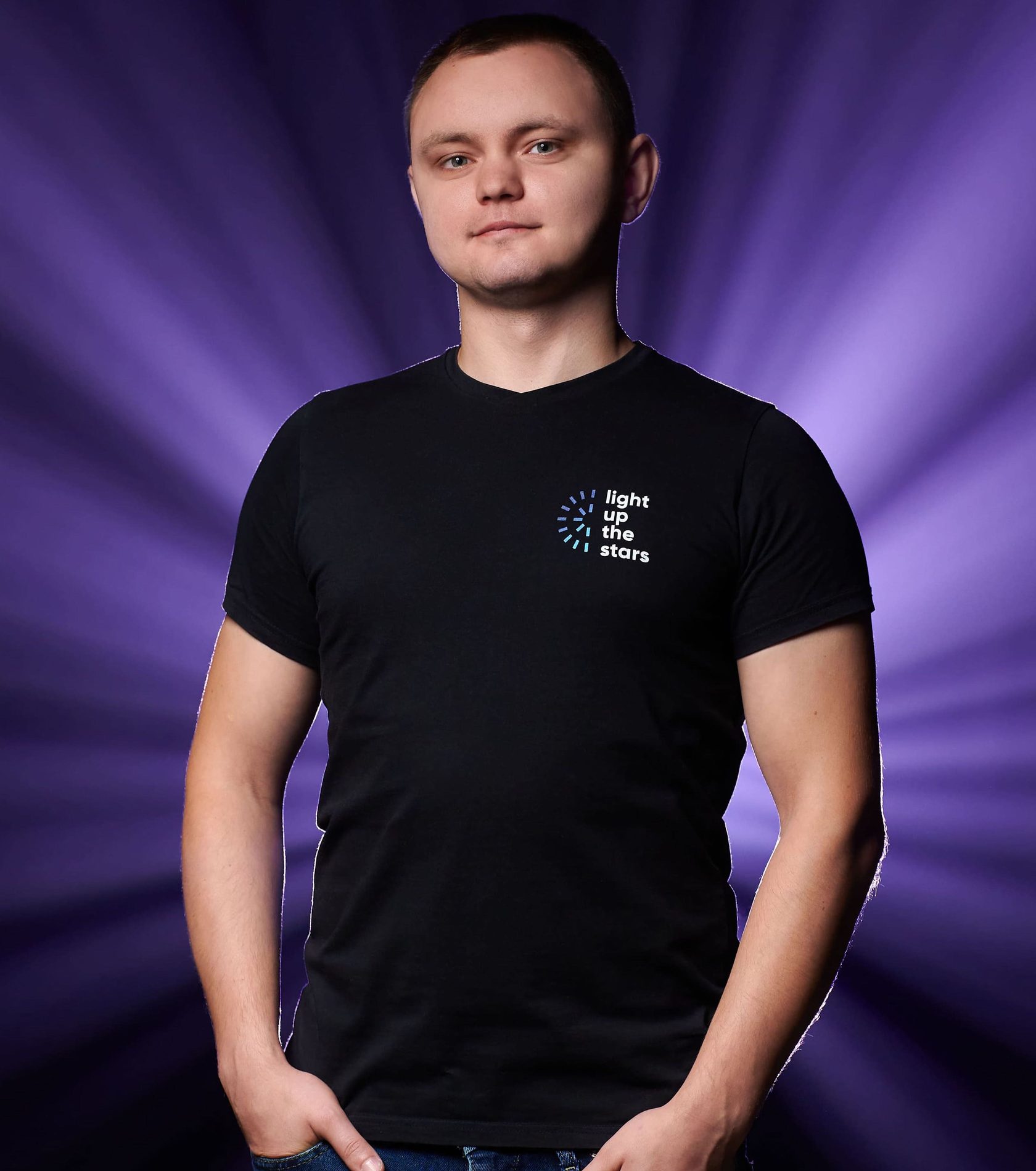 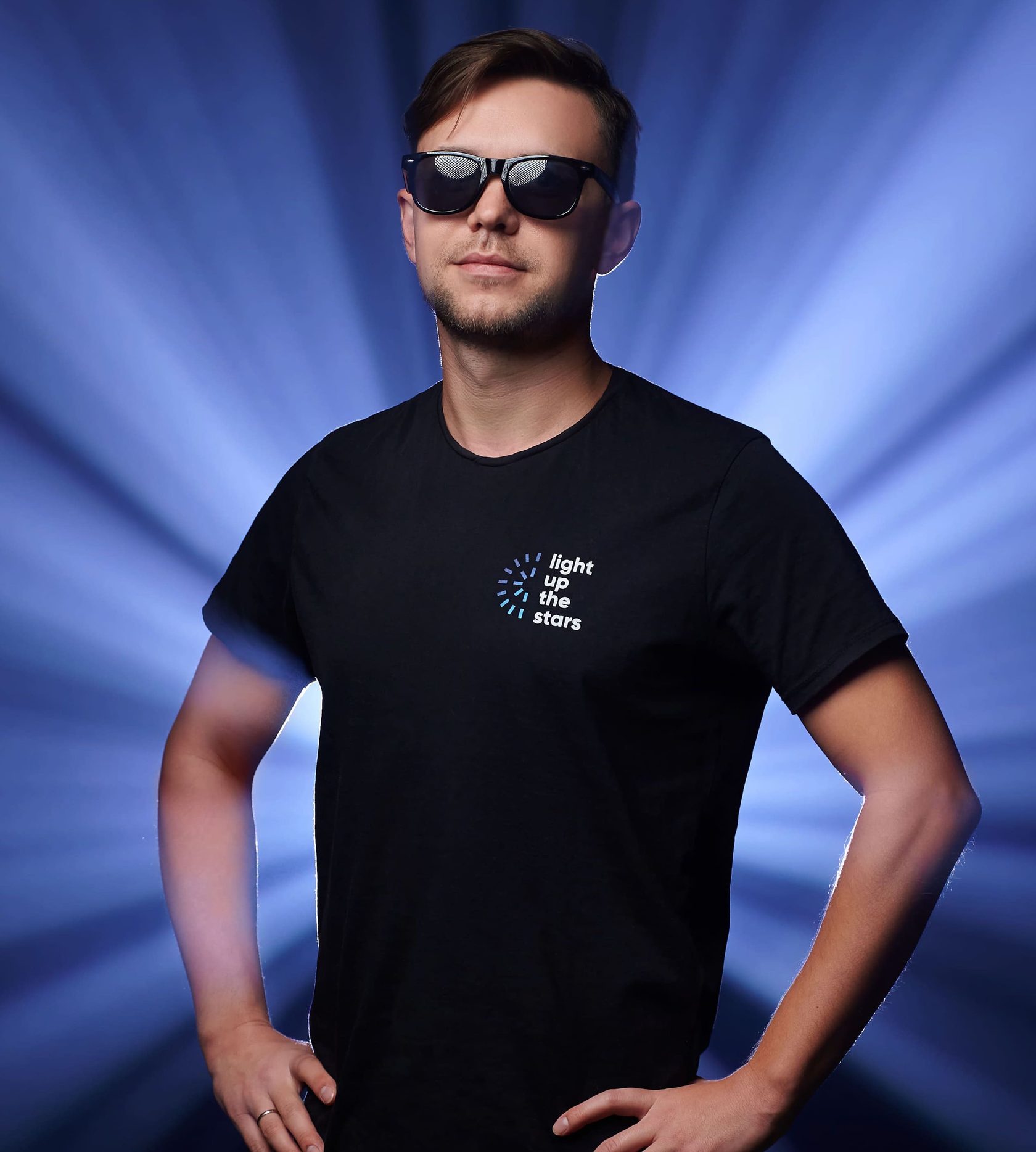 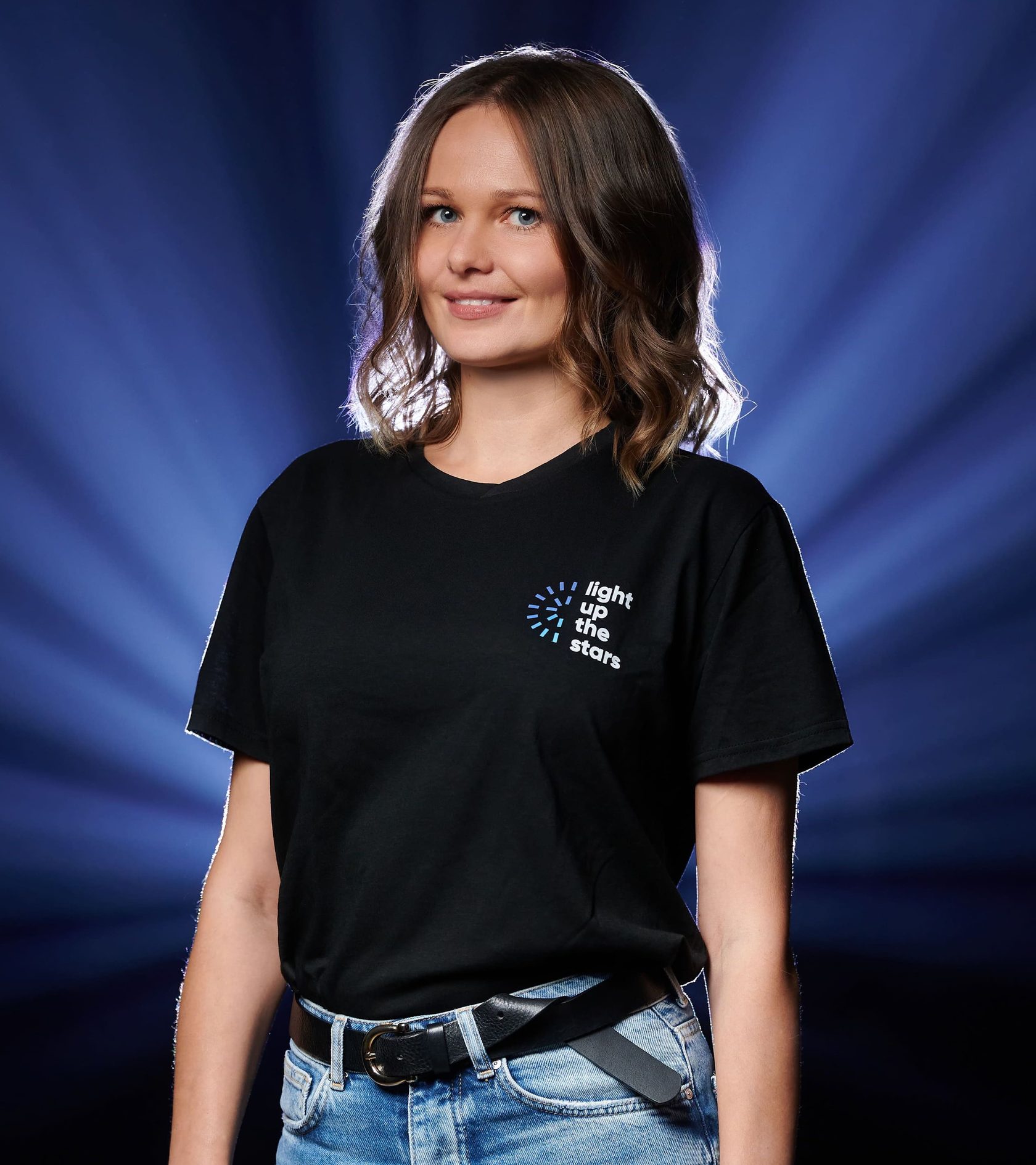 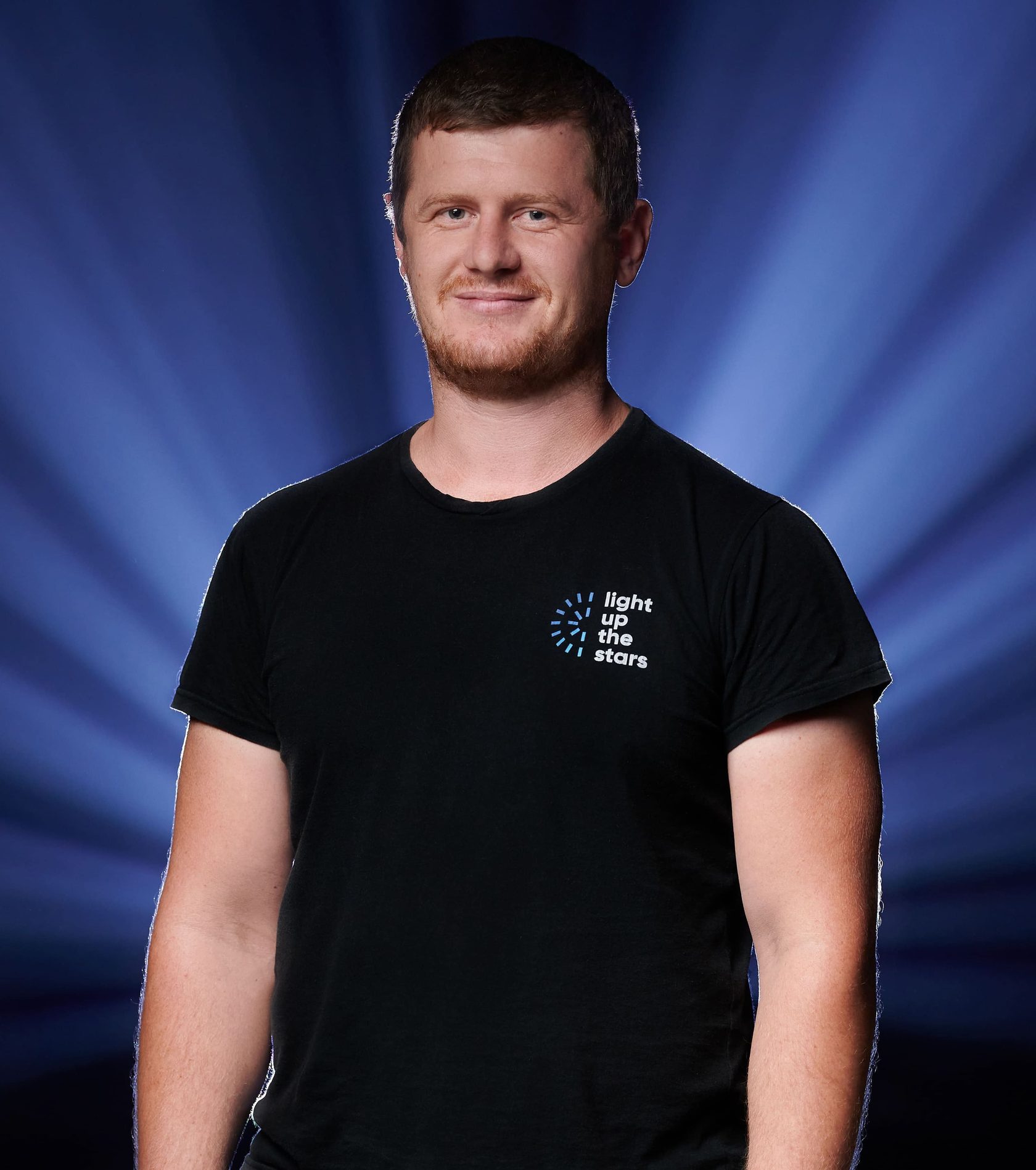 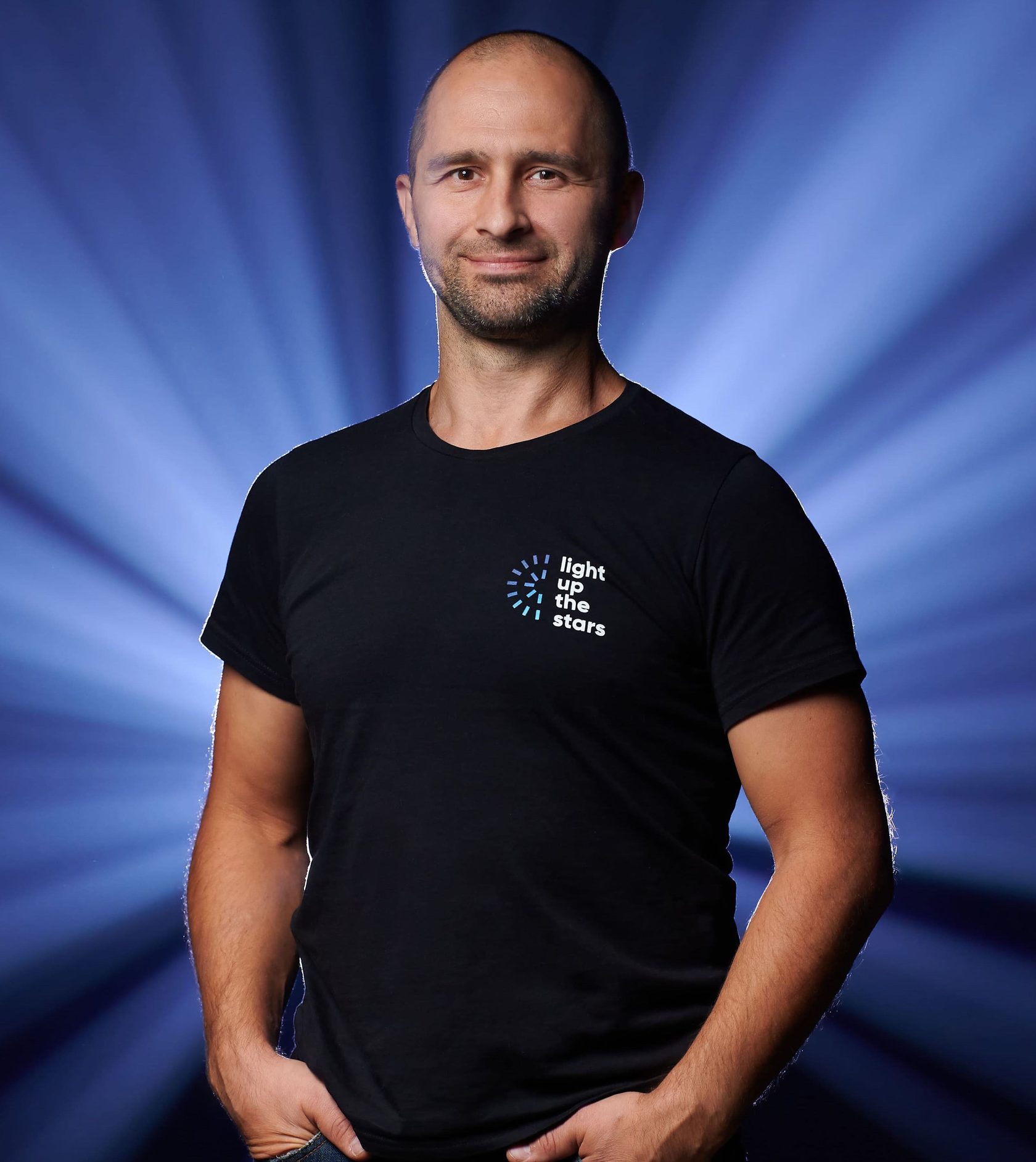 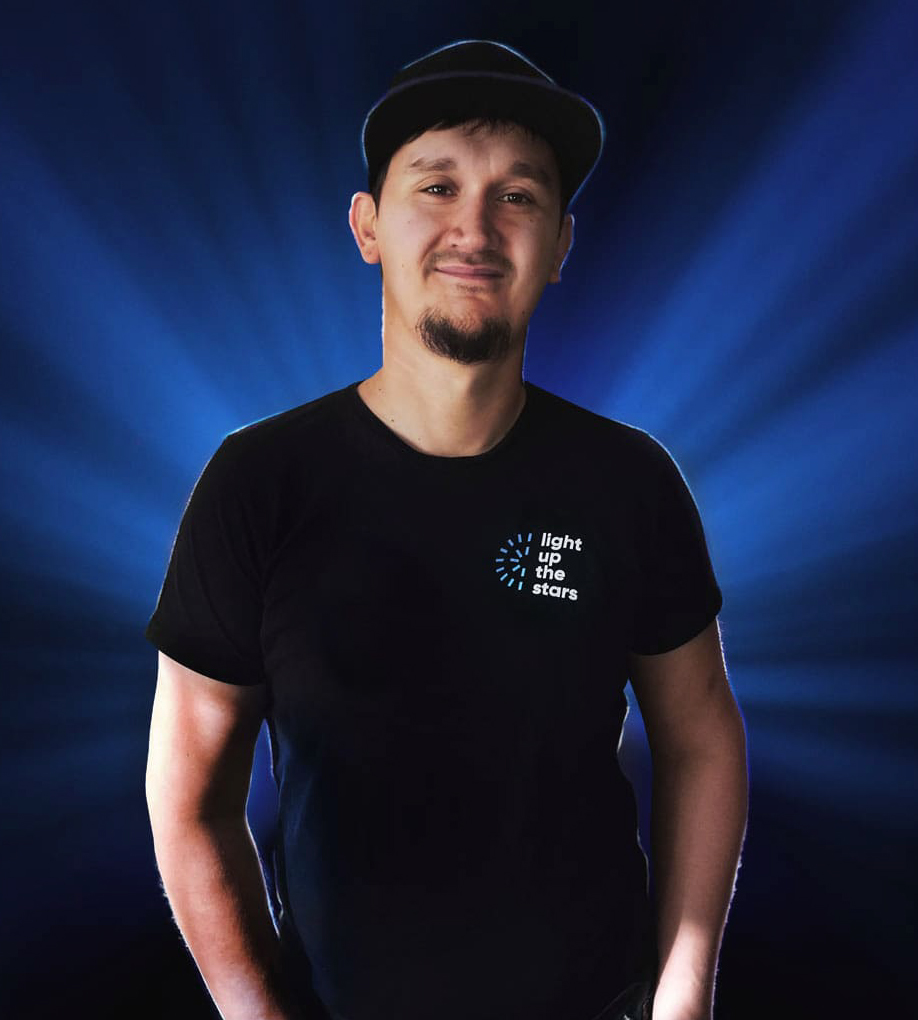 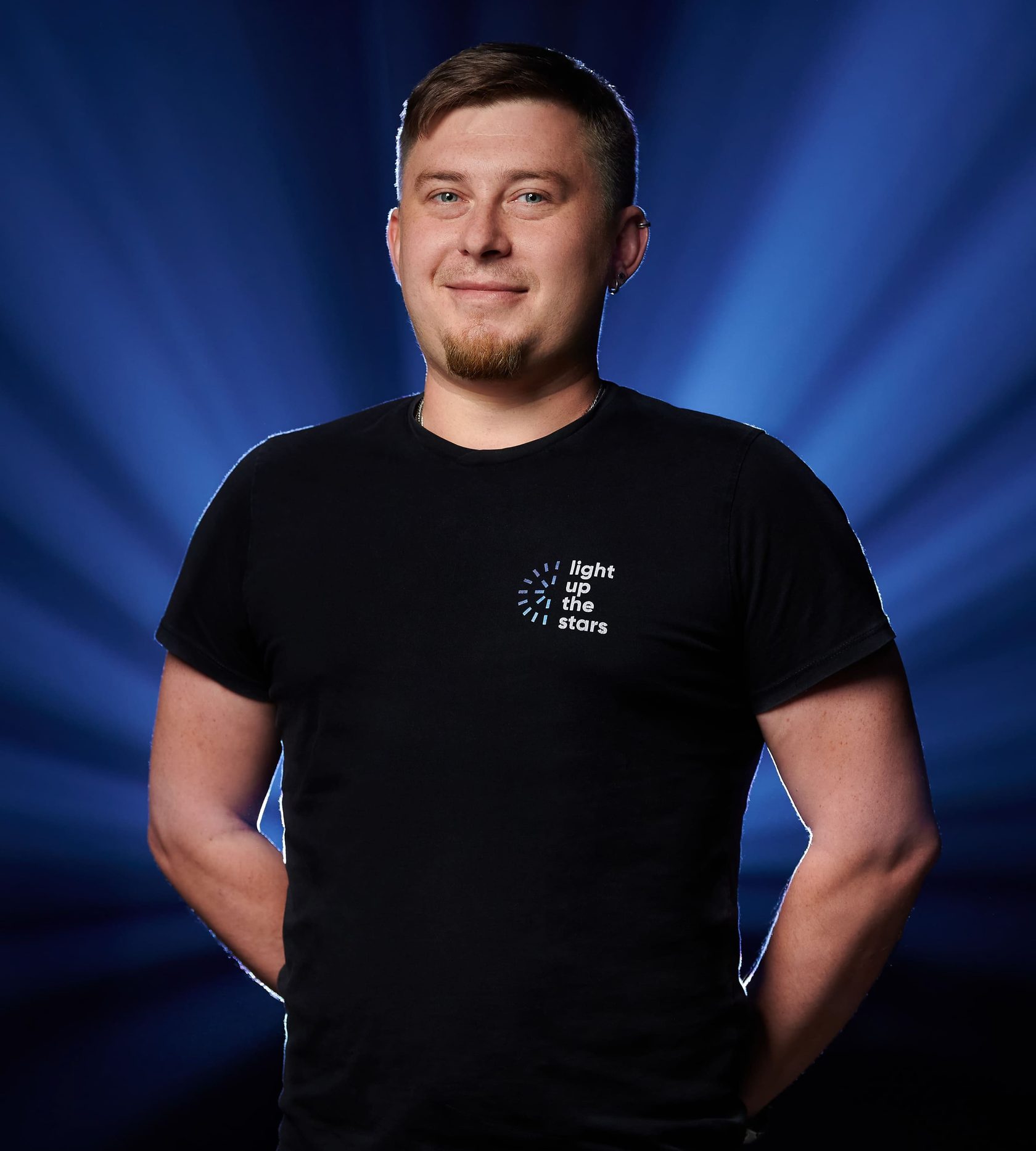 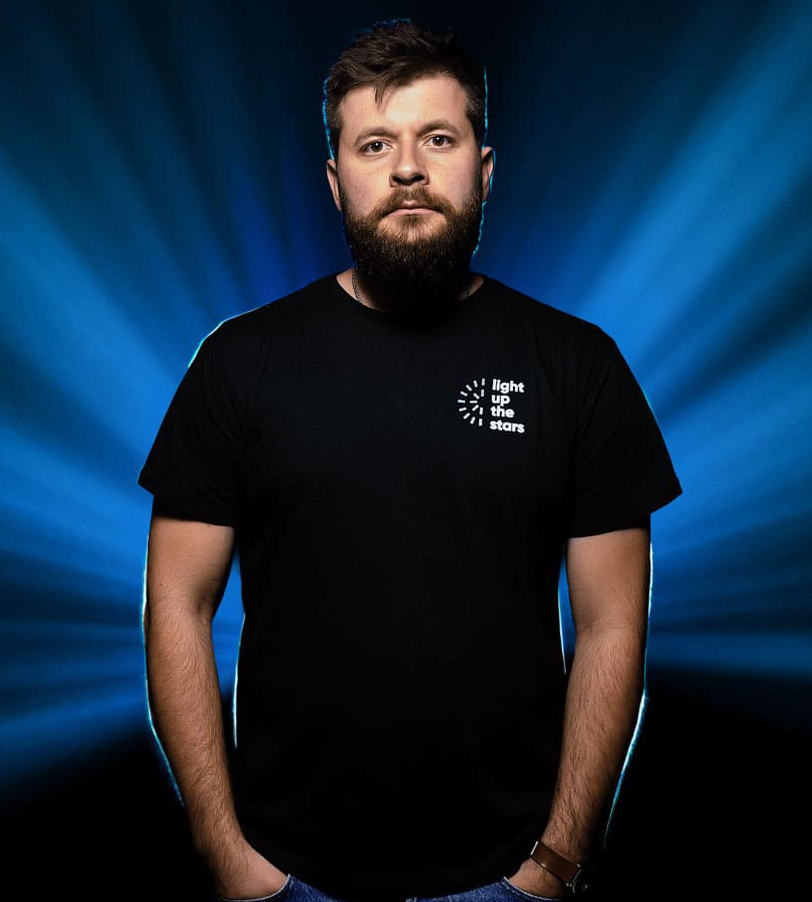 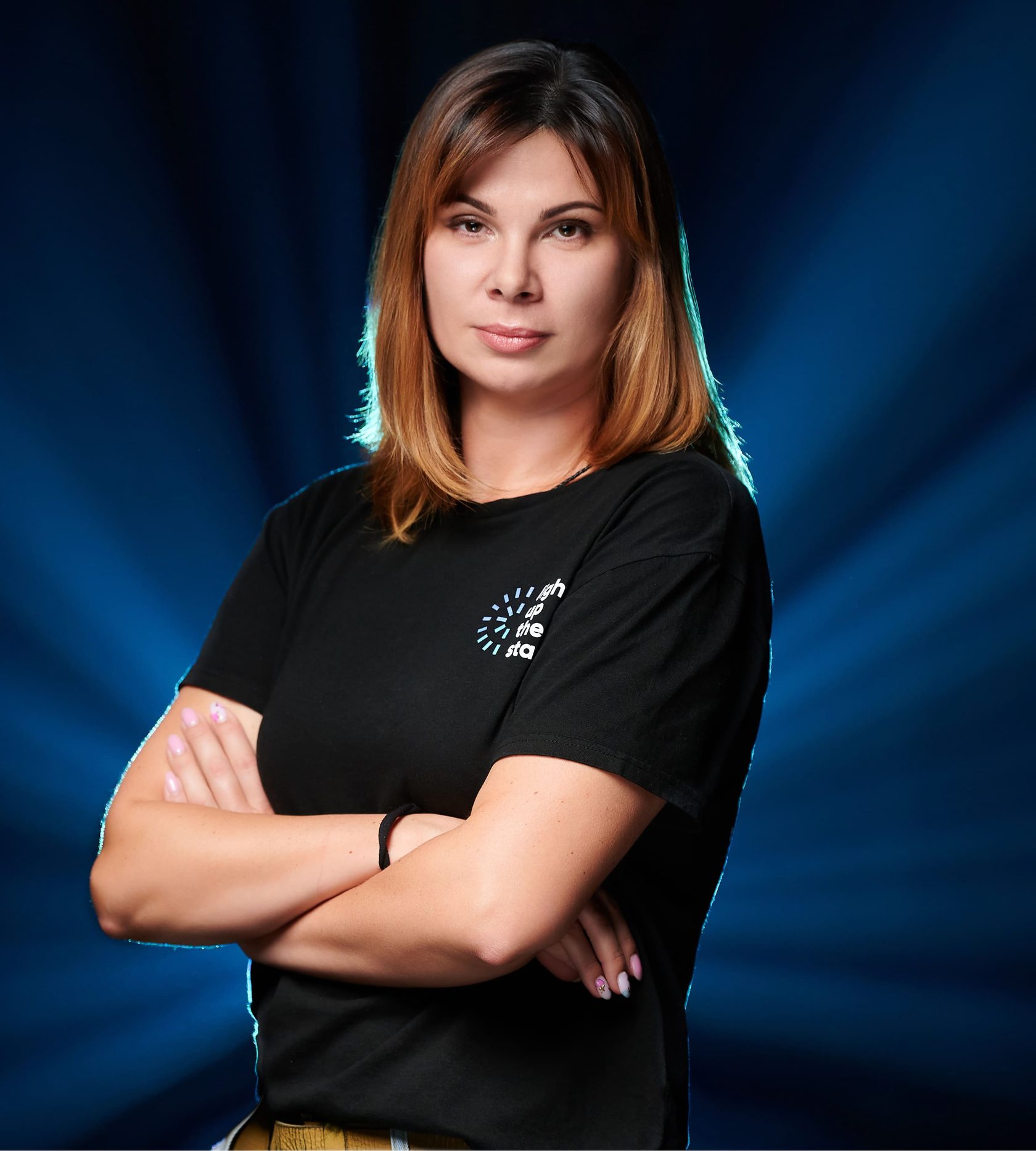 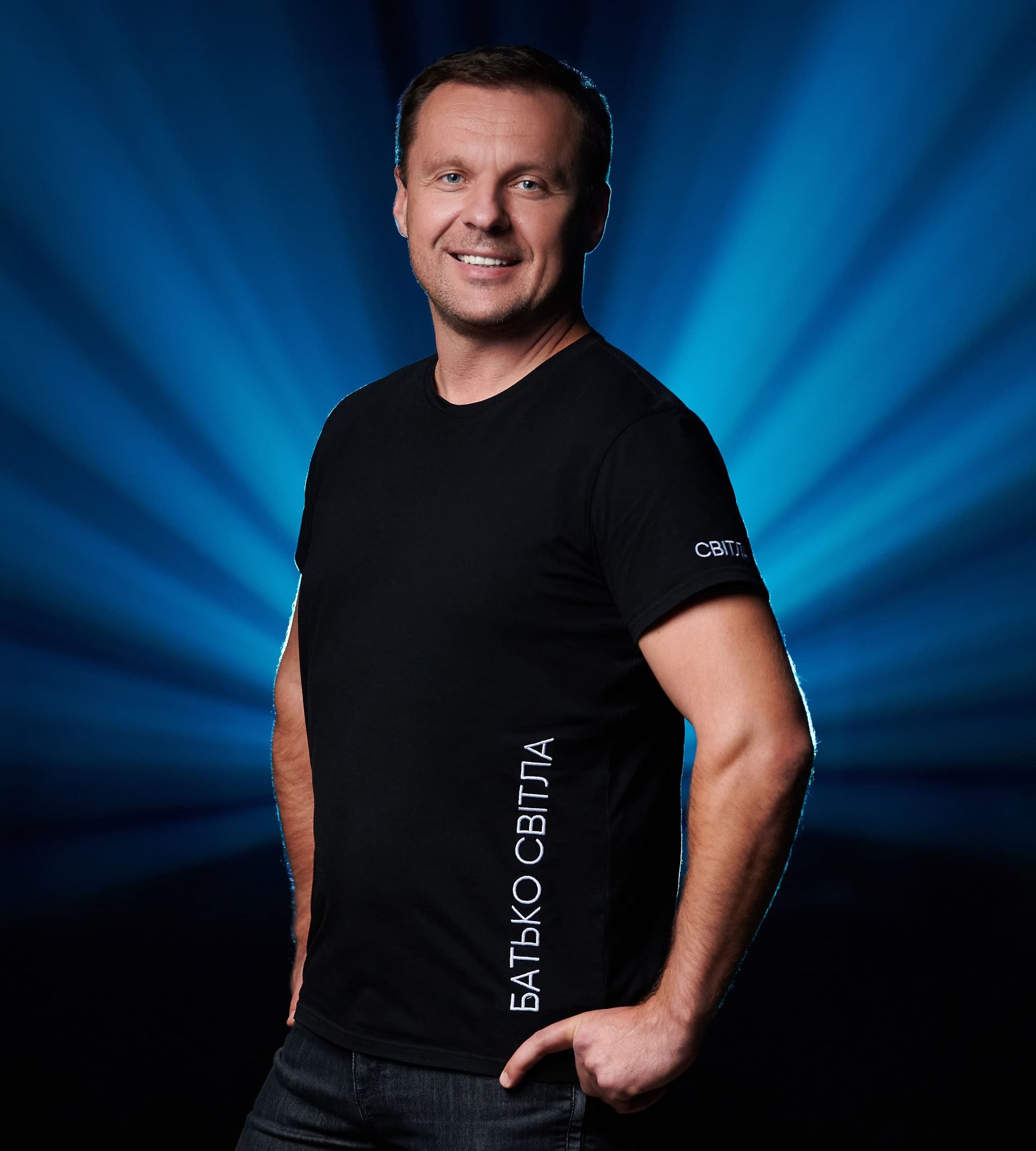 Raising three sons.
LD
Oleksiy Sofienko
Music festivals, political and entertainment shows lighting designer. Music is his hobby. Used to be the leader of a music band.
LD
Dmitry Kozlenko
The second lighting designer of the format TV shows: The Voice, Dancing with the Stars, The Masked Singer.

Has his own music studio.
LD
Maxym Gusev
The lighting designer of entertainment and political shows.

He is into cycling.
LD
Vasyl Yaremchuk
Social and political shows lighting designer.

Can assemble fixtures with closed eyes.
LD
Tetyana Madamova
The first and main set designer of the company. Her portfolio includes many designs for event and show business, as well as designs for solo artists concerts.

A fan of Kyiv architecture.
Set Designer
Yaroslav Vodvud
Project manager of the biggest shows in the country.

Project Manager
Andriy Konovalyuk
Head of the lighting department. Chief of the large-scale projects on the biggest locations of the country.

His number is 17 in the football team.
Chief Light
Vitaliy Katunin
Team's chief lighting technician on TV shows and concerts.