I am ready for a long road flight for working with a week- or months-long projects. 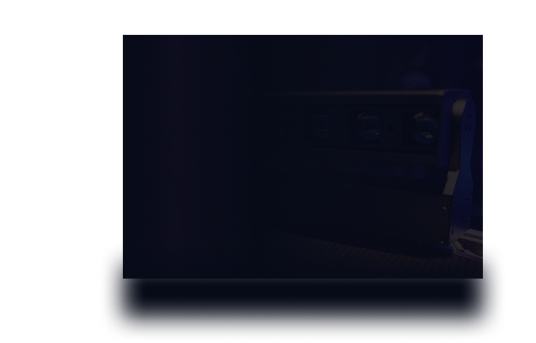 About us
Alight is the world-class show creator.
Since the very beginning, we have created the largest techno park in Eastern Europe. Grown a team of professional technicians and project managers. Did shows with superstars, which impressed every spectator on the locations from concert halls to stadiums. Amazed TV viewers by our projects on Ukraine and Europe rated channels.
Implemented
Working
Projects
Years
Technopark
Team
Dynamic fixtures
People

About values
Our Mission
There is a phrase — to be in the spotlight.

Our goal is to discover the creative potential of everyone and create shows that may become references. The light gives to the performer the possibility to be right there: in the spotlight of thousands of people during the show. The union of light and artist gives to the second the opportunity to become a grand impressive world at the moment, and the audience — to observe the transformation of the star into the whole universe.
About history
The light history

About team
The people of light 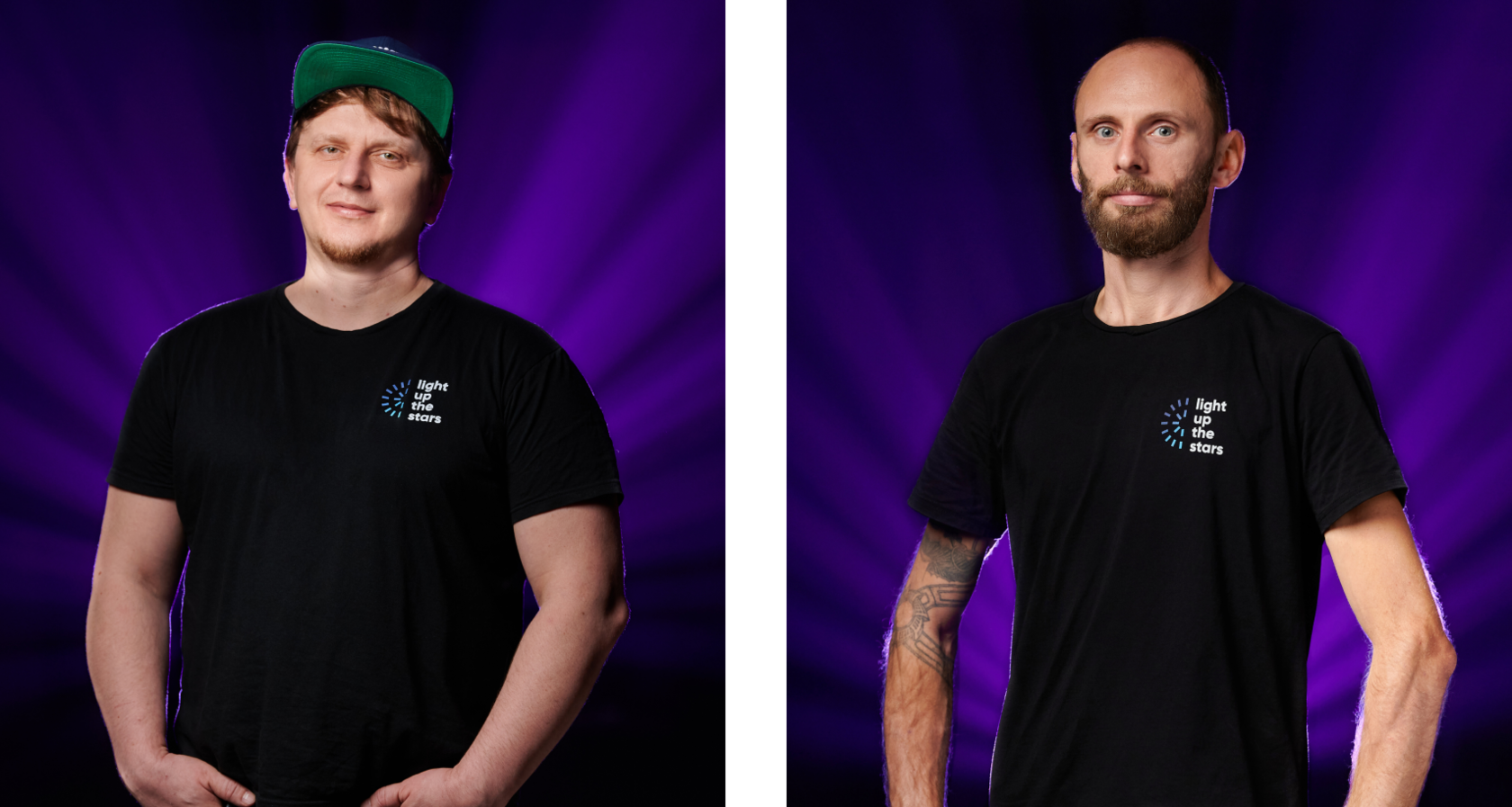 The first lighting designer in the company. There are a lot of entertainment format shows on 1+1, Novy and STB channels behind him. Ivan Dorn world tour, Kazantip and Atlas Weekend music festivals, Yuna and M1 Music Awards, National selections for the Eurovision Song Contest, etc. Light – his main passion. 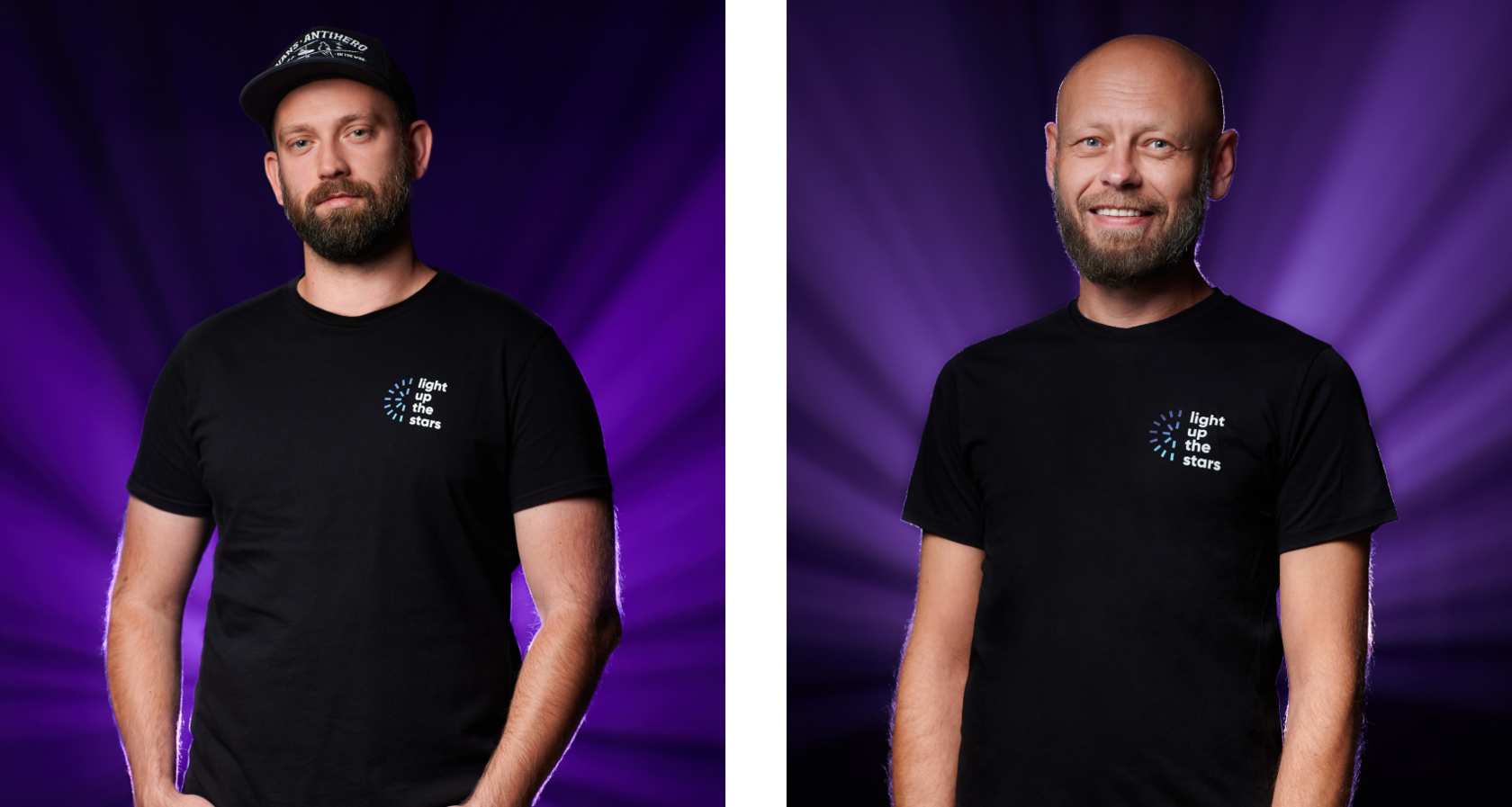 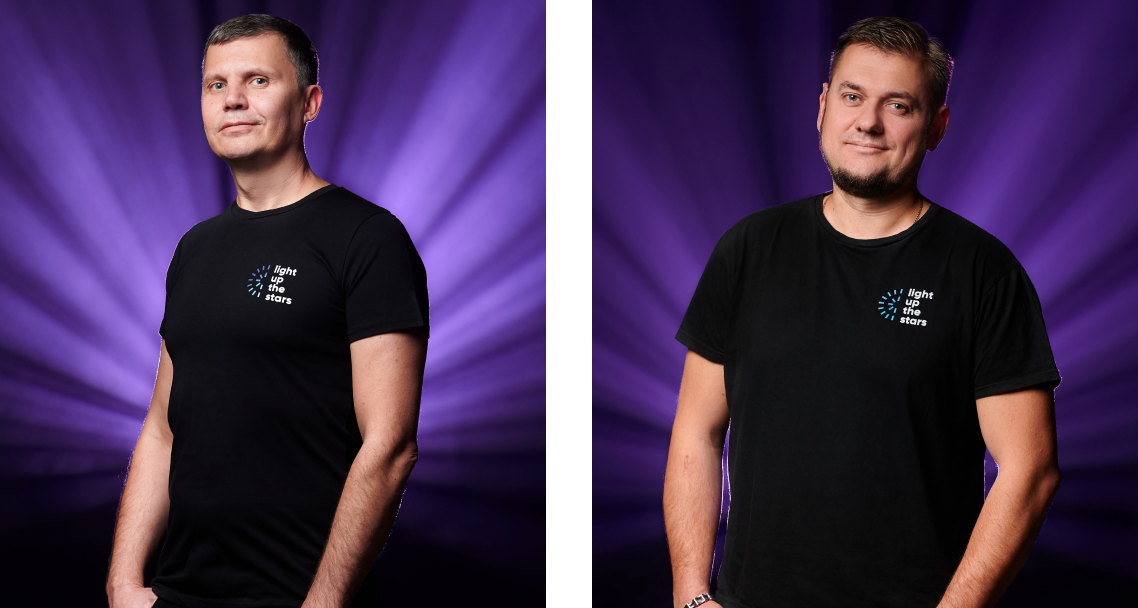 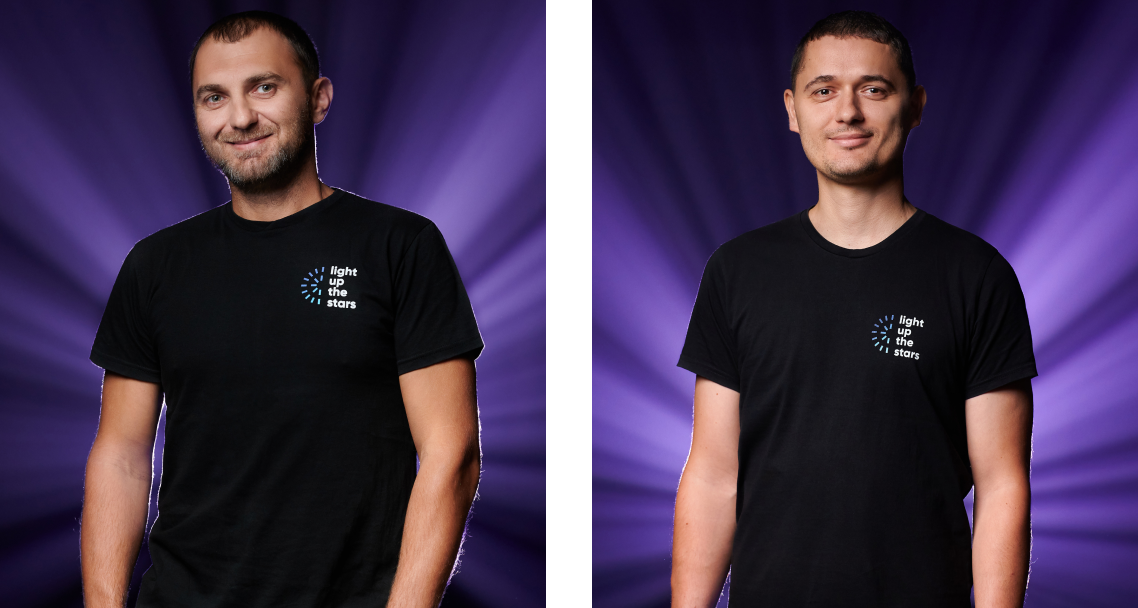 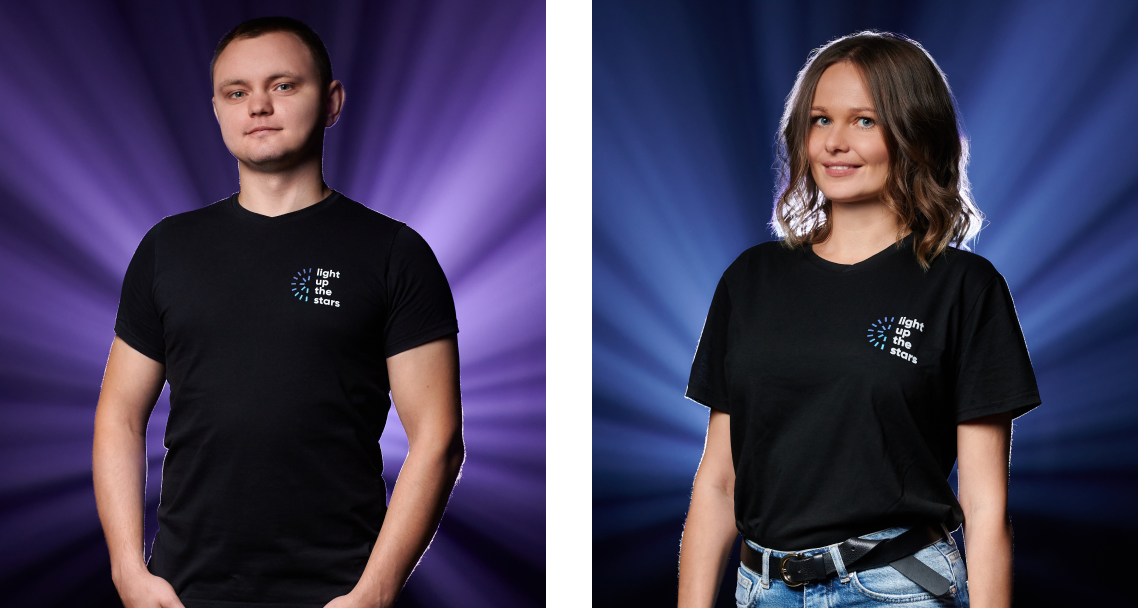 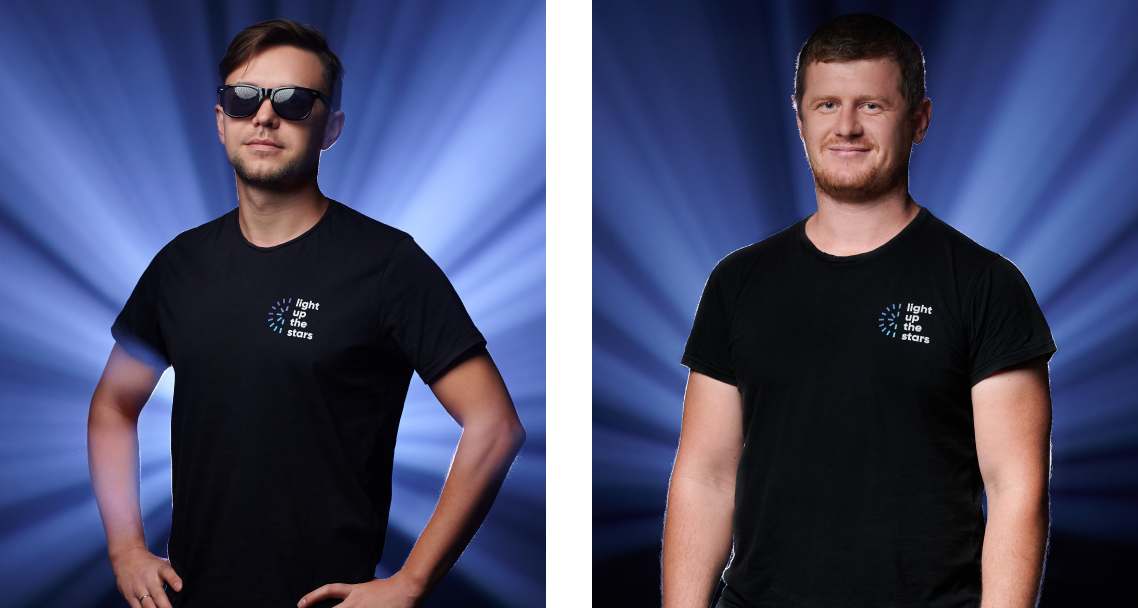 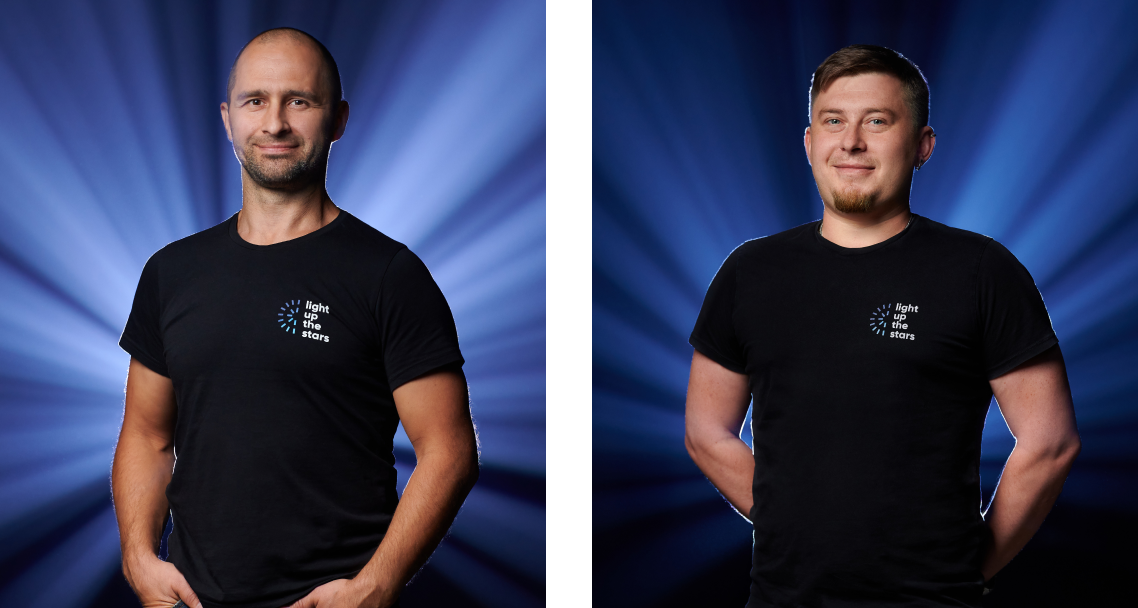 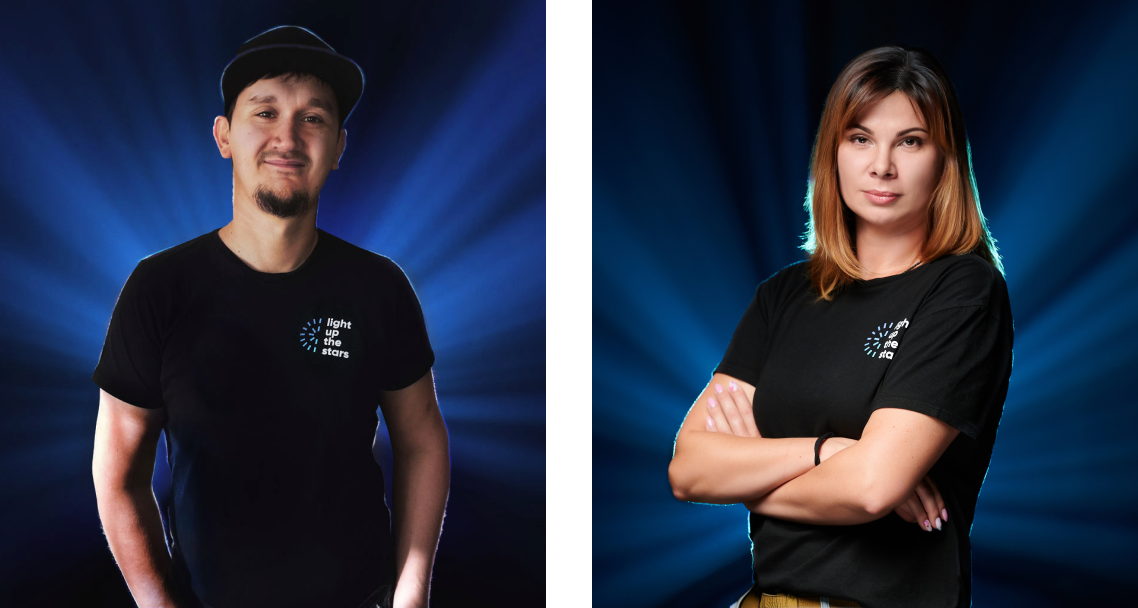 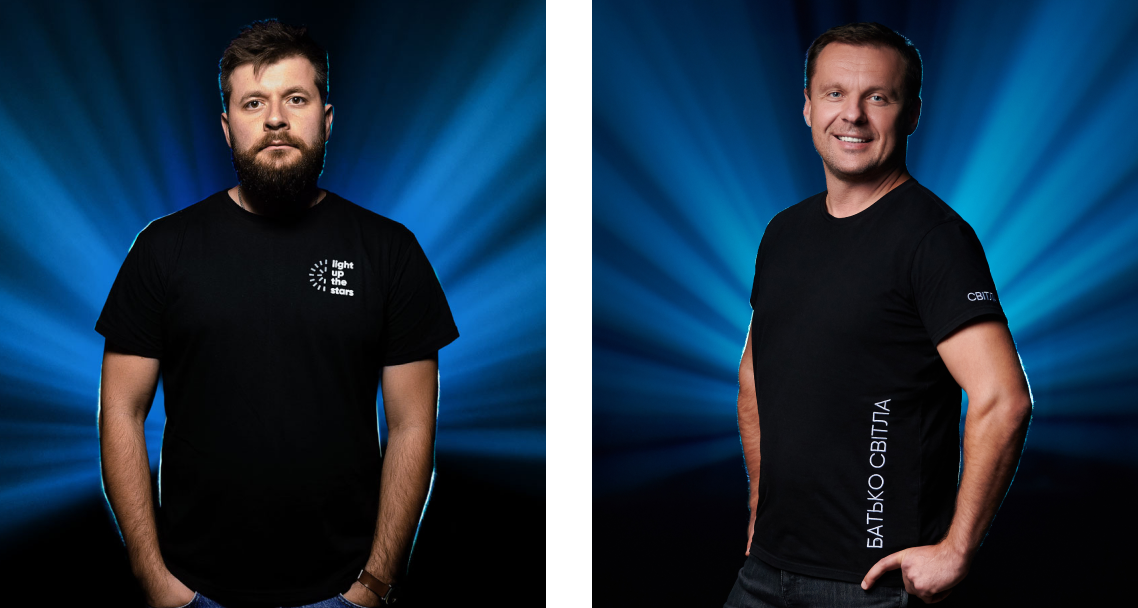 EUGENE KOSTYRA
LD
The lighting designer of the city light shows, music festivals, Starladder e-sports tournaments, international competitions World Nomad Games, Kazka and Mykhailo Poplavsky solo concerts. Traveled halfway around the world with Alight. Exploring the other half himself.
Lighting designer of The Voice, Dancing with the Stars, Atlas Weekend music festival, Ukrainian Song of the Year and M1 Music Awards. Oleg Vinnik and Max Barskih solo concerts. His free time he spends with the family and playing guitar.
ANDRIY USTYMENKO
LD
The lighting designer of 95 Kvartal and Dizel Show studios. Raising three sons.
OLEKSIY SOFIENKO
LD
Music festivals, political and entertainment shows lighting designer. Music is his hobby. Used to be the leader of a music band.
DMITRY KOZLENKO
LD
The second lighting designer of the format TV shows: The Voice, Dancing with the Stars, The Masked Singer. Has his own music studio.
MAXYM GUSEV
LD
The lighting designer of entertainment and political shows. He is into cycling.
VASYL YAREMCHUK
LD
Social and political shows lighting designer. He loves cars and speed.
DMYTRO MENZHERES
LD
Young lighting designer. Can assemble fixtures with closed eyes.
TETYANA MADAMOVA
SET DESIGNER
The first and main set designer of the company. Her portfolio includes many designs for event and show business, as well as designs for solo artists concerts. A fan of Kyiv architecture.
YAROSLAV VODVUD
PROJECT MANAGER
Project manager of the biggest shows in the country. Knows perfectly all main venues.
ANDRIY KONOVALYUK
CHIEF LIGHT
Head of the lighting department. Chief of the large-scale projects on the biggest locations of the country. His number is 17 in the football team.
VITALIY KATUNIN
CHIEF LIGHTING TECHNICIAN
Team's chief lighting technician on TV shows and concerts. Enthusiastic fishman.
EDUARD GOLOVASH
HEAD OF STAGE MECHANICS
Stage machinery engineer.
Listens to heavy metal 24/7